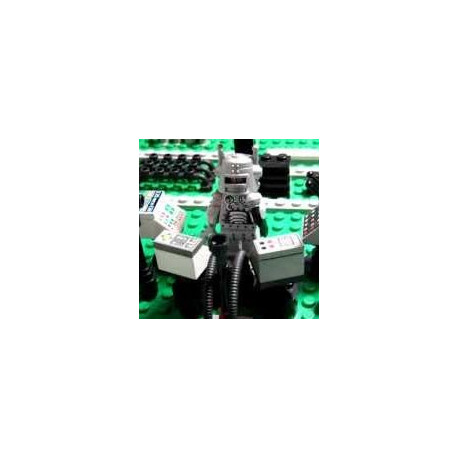 This is an experiment I did with all mind.in.a.box and THYX fans via facebook. Everyone could send me some sound material, noises, whatever they want and my challenge was to create a whole song with this material.

It was not so easy. Most of the people sent me whole songs not just sounds. So first I had to listen carefully what I can cut and use. Bassdrum and Snare for example was cutted out from some songs they've sent me. I created sample sets from every sound. but it was too less. I needed some more and different sounds and so I began to build waveforms from the sounds. Zoom in, cut only one wave... load it into the sampler and let it loop.
The Lyrics I got from two guys. I mixed it so half of the lyrics are coming from one guy, half from another guy. I hope they will forgive me.

After creating a structure of the song I did a small loop for the refrain and posted it on facebook. Everyone should play this loop and record their singing with their handy or whatever device they have. I got about 25 recordings and I tried to build a chorus with them. Most important was that the timing from the singing from every recording was good. So I had to cut and trim a lot (and laughing a lot :-) ) but in the end it went far better than I expected.

So this was it. The experiment called "Tape Evidence". Every sound source from this song comes from the fans, except my voice of course. I really learned a lot and had a lot of fun during this project. I think even this song, where every sound source came from different people, sounds a little bit like mind.in.a.box or THYX. This is one of my big realizations of this project.
Big thanks to Justin Arnold who did this amazing LEGO style video!
...and thanks to everyone who was involved!

May the force be with you!