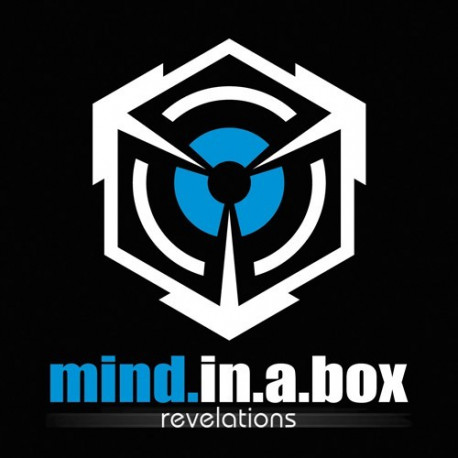 OUT OF ORDER! Special edition with signatures by Stefan Poiss and Markus Hadwiger. Strictly limited to 30 pieces. Released date: 20 Jan. 2012.

This product is no longer in stock

Notify me when available

Order is available only for european region. For the rest of the world please order at Metropolis or Storming the Base.

Released date: 20 Jan. 2012. You can pre-order it already. It will be shipped at release date.

A special code is inside the CD-Booklet. With this code you can download Bonus stuff from our webpage.

Mastermind, singer and composer Stefan Poiss, hit the next mark together with his companion the lyricist Markus Hadwiger. They finally continue the bottom-up sci-fi story with their long awaited new release "Revelations". Hardwiger's sophisticated lyrics invite for intimate reflections. The dark fragile mix of Trance, Ambient and Electro throw the listeners out of their course of life, into a musical parallel existence, the "Dreamweb". After their first three musical sequels, "Lost Alone", "Dreamweb", "Crossroads" were extolled by the press, their last album was an ode to the early C64 computer days. With their new release "Revelations" (release date 24.01.2012), they raised the Bar and enhanced their album in all matters, without losing recognition value. Not only the Character Black is going to find his revelation in this album...

Since their early days, the duo is concerned by the systematical observation of society and the consequence on the individual minds: Lonely beings are burning out and encapsulating themselves from the society.

In 2002 they created mind.in.a.box to bring up this topics. Focusing the matter, they created a continuous story in a notional universe, corresponding to films like "Matrix" and "Blade Runner". In it, nebulous characters like Black, Night, The Informer and The Friend situated in a reduced dark world between Dreamweb and reality, the fight between the Agency and the Sleepwalkers. The listener as person always in focus. The plot in it's fourth sequel deals with the revelation of the main character Black, who was searching himself, his memory and his truth the first three sequels. Sci-fi author Andreas Gruber tells us the story in the eclectic booklet!

Due his live experience Poiss enhanced his singing on this album. The ten new compositions are more harmonic, rhythmically complex and still danceable. And precise and touching at the same time. Melodies and rhythm melt into an atmospheric and melodic universe.

No customer reviews for the moment.